Why do we treat each other so badly?

Tributes at the site in Minneapolis where George Floyd died.
Image by Fibonacci Blue from Minnesota, USA. https://commons.wikimedia.org/w/index.php?curid=90807011

The horrors of the violent protests that have engulfed America are too much to comprehend.

For any human to badly treat another human is unacceptable by any reasonable measure. We have a right to live and to be respected as humans, don’t we?

When that police officer caused the death of George Floyd, we were rightly repulsed that a man could be so badly treated. Even more so because he was an African American and the officer was white.

But humans do treat each other horribly.

Find any time in history where it has not been so.

Read history, go back through old newspapers … in every generation humans hurt one another. They use vile words; they denigrate; they suppress; they physically harm; they enslave; they rape; they murder; they steal from others …

It may be that you not have done anything on that list … or have you?

But even if you have only ever said something nasty, or lied about someone, haven’t you caused pain to another?

And at what point is our treatment of one another unacceptable? Is it OK to say nasty things as long you don’t get too personal?

If I call you an ugly fat pig, is that OK? Could you handle that? But what if I added a racial epithet? That’s going too far, isn’t it?

Who, then, decides where the line falls? And why should there be a line anyway?

That’s when things get complicated and where standards need to be established.

But, as history shows, humans can’t agree on those standards. Read any online forum and you’ll see abuse thrown about that denigrates and humiliates others.

Who decides what is unacceptable?

When we jump forward to the deeply offensive area of racism against people of colour, we are in territory where there is more heat than light.

Racism is indefensible. Any attempt to step through this subject is fraught with danger, particularly if you are white.

Some would say that racism … particularly as it has shaped and marred American history … can’t be compared with anything else.

On that basis, I would be howled down if I suggested racism is as unacceptable as stealing, or murder. 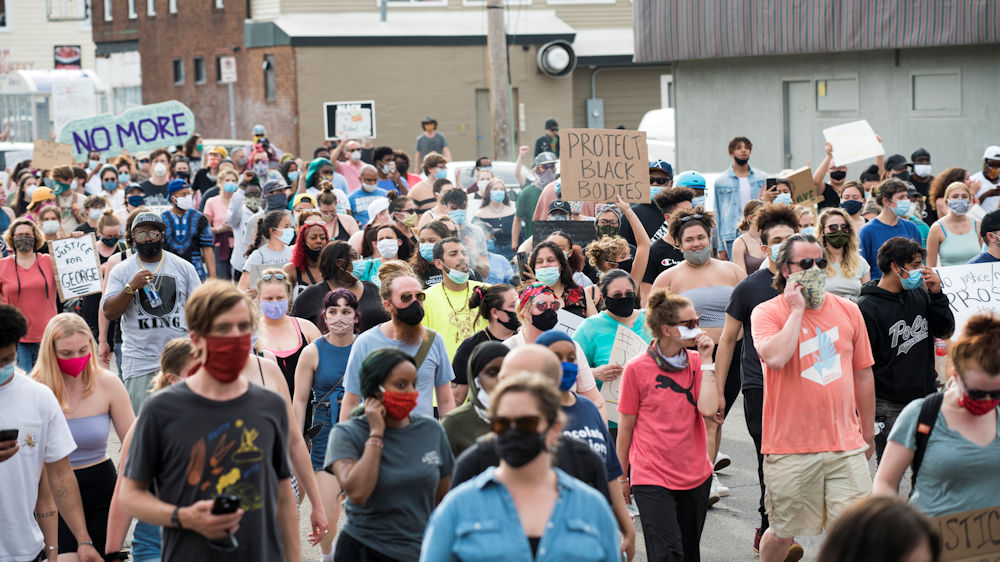 Most have peacefully protested against George Floyd’s death but that has been overshadowed by violence and looting.
Image by Fibonacci Blue -https://commons.wikimedia.org/w/index.php?curid=90686862

That’s where we come back to moral standards. On the basis that racism is the No.1 unacceptable practise, what comes next? Murder? Rape? And at what point are “minor” indiscretions more easily forgiven or overlooked?

The problem of Man’s inhumanity to Man lies within the heart of each individual.

You are the only one who can change how you treat another.

As unacceptable as racism is, racism is not an entity that can be eradicated with education, more laws, or protests.

You are what you eat dear fellow humans

But what diet does the world feed on daily in what many minds consume and does that contribute to our “condition”?

Mostly in movies, in books, in video games there is a diet of characters and situations where people use vile words; they denigrate; they suppress; they physically harm; they enslave; they rape; they murder; they steal from others.

There’s an overwhelming number of scenarios in which the good guy, when confronted by the bad guy, gets a gun and blows away the problem.

The evil is dealt with, we feel good that justice has been done and that “peace” has been restored. 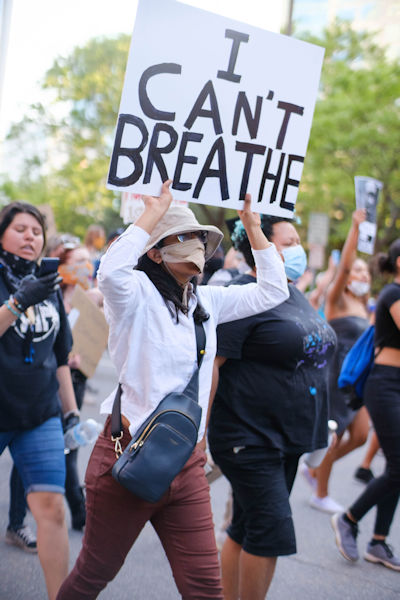 I can’t breathe was what George Floyd was saying before he died.
Image by Dan Aasland – https://commons.wikimedia.org/w/index.php?curid=90776470

But it never is. Day after day everywhere throughout the world, people are denigrated, suppressed, physically harmed, enslaved, raped, murdered, etc. Many never get justice.

How do we stop it?

It’s never a mouse or an insect that enslaves a human; it is always another human.

So how do you stop those humans who only stop hurting others when they get caught or put in jail?

How do you change their minds?

It has to start with you. If you are committed to treating others well, I commend you for that.

The person who needs to change their ways possibly won’t ever read this, but we have to keep reminding those who are angry with another that there is another way to live.

Try to influence someone today; encourage them to change their diet of violence in movies, books and video games.

Change can start with you.

Why do you think we treat each other so badly?
0
Please leave a feedback on thisx