Meet the crazy beast and the crazy things written about it 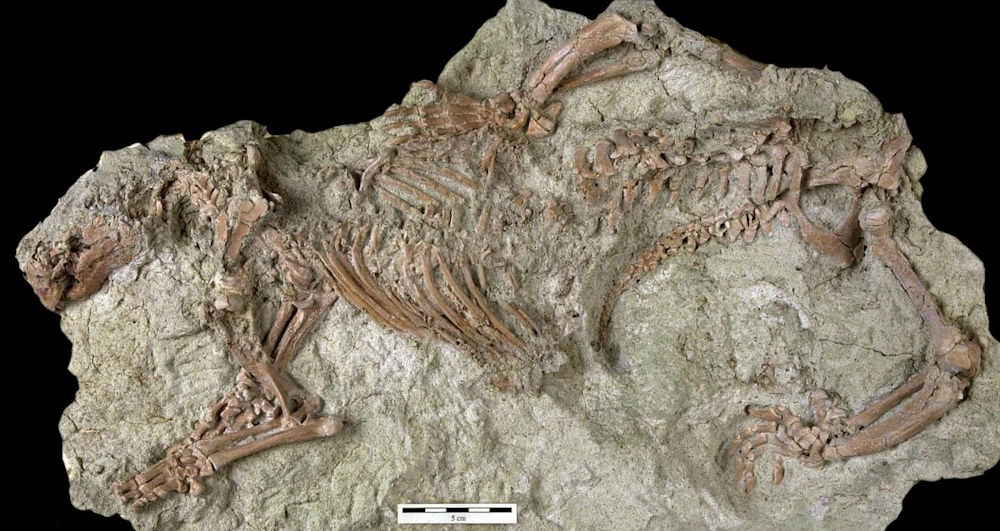 Meet the creature that paleontologists are calling the crazy beast. It’s a mammal from Madagsacar with such odd features that it has been assigned a new genus and species, Adalatherium hui.

Its front teeth apparently continually grew and it also had pointy back teeth. Spinal bony projections indicate it had strong back muscles. And the research team is confounded by a hole above its snout.

First found in 1999, the skeleton has long been studied and its ribs even contain fossilized soft tissue.

But this is the first time the public gets to see what the remains look like and how the creature may have appeared when it was alive.

What you have just read above is my quick take on a fossil find that gained much attention this week.

It is short, factual, and free of any comment.

How did the media report it?

However, that’s not how the media reported the announcement.

Under the heading, My, what big teeth and strange bones you have. Scientists discover a creature that roamed south of the equator 66 million years ago, The Washington Post published a less-than-balanced report.

The article starts with several unsubstantiated statements that should be questioned.

Sixty-six million years ago, before the age of dinosaurs came to a fiery close, most mammals were puny and shrew-like.

Sixty-six million years ago… While most scientists accept dating methods, we are being told something that cannot possibly be verified.

Before the age of the dinosaurs… Again, no-one can possibly look back in time and know for sure that there was an ‘age of dinosaurs’, whatever scientists deem that to be or how they describe it.

… came to a fiery close… We are also told that the so-called ‘age of dinosaurs’ ended in a fiery event. Again, that is a supposition, a conclusion imposed in the present on a supposed event in the past that can’t be observed or repeated.

… most mammals were puny and shrew-like… Again, assertions made about how creatures supposedly looked in an imagined scenario based on evidence since gathered and dissected.

Where is the substance?

Nothing in the introductory paragraph to an article that seeks to enlighten the public about an important fossil find actually has any substance.

That sets the scene for more of the same type of statements that just follow without question what the scientists say.

Which means a newly described Madagascar critter, though the size of a groundhog, was a giant of its day. And it packed a titan’s worth of oddities into its 7-pound frame.

Which means a newly described Madagascar critter, though the size of a groundhog, was a giant of its day…

The facts here are that there indeed was a creature that died in Madagascar and it was the size of a groundhog. It can’t be asserted that it was a ‘giant of its day’. That, again, can’t be proved.

This is the first ‘neutral’ statement because the evidence does reveal those facts about the creature. However, most everything to this point has not been factual.

I think you get the point that should you read on any further about Adalatherium hui be aware that most of what is being presented is opinion and not journalism.

Go back to the top and read how this journalist reported the same event and decide for yourself which is the more balanced approach.