Each time the creation-evolution debate gets an airing, there is a clear, passionate divide in which strong opinions are voiced.

In the United States there have been court cases in which school boards  have been sued over teaching students about intelligent design.

Hundreds of thousands scientists worldwide rail against intelligent design, saying it “fails to qualify as a scientific theory”.

Evolutionists say there is no difference between proponents of intelligent design and creationists; that both are promulgating religion, not science.

Which raises the question of what is religion and what is science; and if they can be mixed. 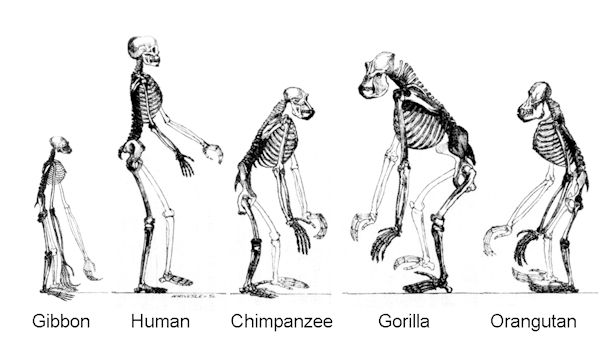 So-called evolutionary connections, according to https://en.wikipedia.org/wiki/Human_evolution.

A dictionary definition of science is, “the observation, identification, description, experimental investigation and theoretical explanation of phenomena”.

So from that definition, science is a combination of theoretical and practical examination of the things of the world and the universe beyond.

Religion is defined as “belief in a superhuman controlling power” and a “particular system of faith and worship”.

So, why the division?

But nothing in those definitions explains why there is such a division when someone mixes their scientific and ‘religious’ understanding.

But if we take the view of the majority of scientists, it is only the evolutionists who are clear of any bias, ‘religious’ or otherwise.

But is that really the case?

Creationists argue evolutionists do have a ‘religious’ element to their thinking because their starting point – that all life evolved from a single common ancestor – can’t be proved and is believed by faith.

And that is really the nub of the argument because neither side will ever agree about life’s origins or that adherence to evolutionary explanations has a faith base.

Over the history of science, creationism first held sway before  evolutionism gained an ascendancy that, until recent decades, has gone virtually unchallenged.

Creationists point out that, despite being in the minority, scientists of such thinking have for centuries contributed greatly to the vast pool of knowledge. 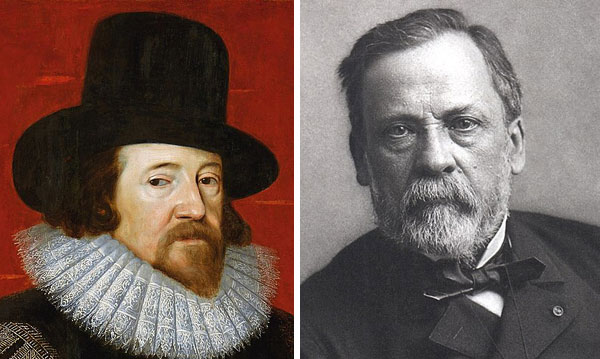 Francis Bacon and Louis Pasteur … humanity owes much to both men.

On the other hand, some evolutionists insist that creationists can’t be scientists which would disqualify individuals such as Francis Bacon and Louis Pasteur. Bacon established the “scientific method” and Pasteur, of course, discovered how to keep milk safe through the process named after him … pasteurisation.

Surely creationists, intelligent design theorists, and whoever else, have a right to conduct their science the way they choose.

And what should it matter that young minds the world over are exposed to such theories so as to explore the possibilities and challenge their growing understanding of a vast and deep subject?

It’s puzzling that in all areas of academia, young people are encouraged to investigate and question but, when it comes to science, they must toe a line in the sand.

Free exchange of ideas is a must

Those who oppose evolution have every right to do so, just as those who uphold it likewise have that privilege to challenge creationism.

The evolutionists hold all the cards in academia and in scientific workplaces. Evolution equals science and science equals evolution. And it’s all incontrovertible “fact”.

Charles Darwin’s propositions are entrenched in society and while that may be acceptable to the majority, it doesn’t mean it can’t be challenged. In fact, it’s only healthy that it is.