People throughout the world have had enough and stand united in their determination to end racism. Black Lives Matter is the movement that seemingly represents them.

There could not be a more noble cause than to end racism. No thinking person could be opposed to it.

I thoroughly agree because the very notion of causing harm, or speaking or acting in a vicious, vindictive way to any person is utterly unacceptable.

And, to do so on the basis of perceived skin colour difference is absurd because there is only one skin colour, but with wonderful variations.

Consider that we are all related

And there is only one “race” of people; the human race. We are all related. All related.

Everyone drawing breath on this earth right now is related.

What, then, goes on in the thinking of someone who has racist attitudes and actions?

Therein, I submit, lies the answer to exposing racism … and that is a need to change thinking.

How can it be achieved? 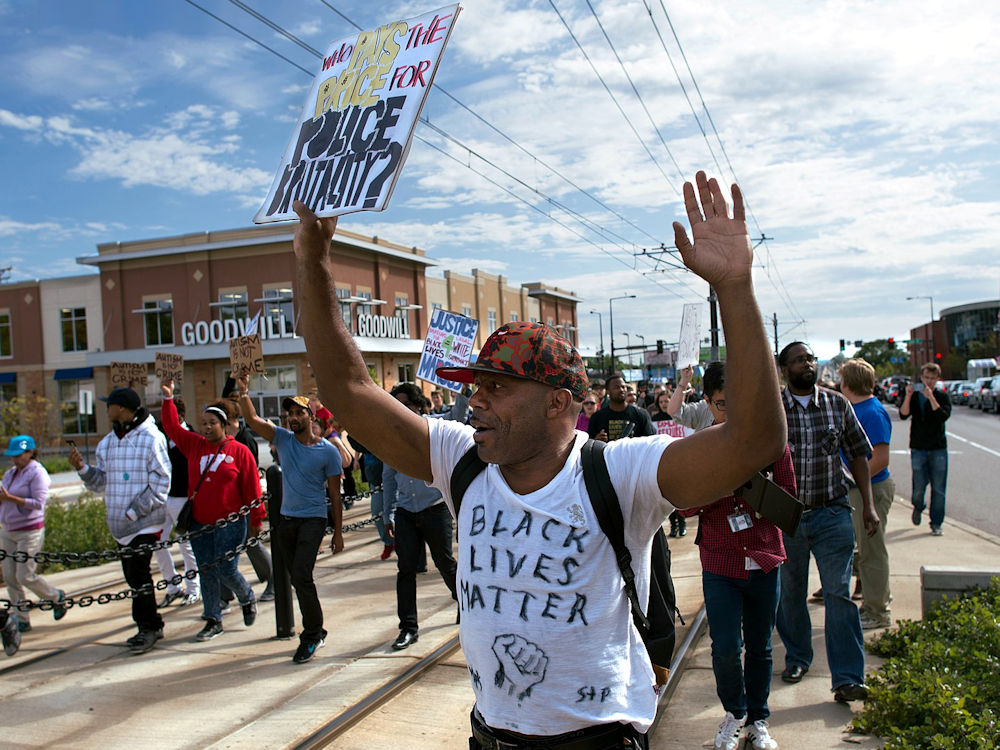 It has to start in every home and every school with a reaffirmation that everyone is human and is, in fact, part of your family.

Although the Black Lives Matter movement is perhaps more concerned with police violence, it’s clear the impact should be universal in that any violence or prejudice against anyone, anywhere should be vehemently opposed and stopped.

But all the anger and destruction that we’ve seen unfold in America, does not seem that helpful in addressing what is a matter of the heart.

There seems to be a notion that racism is somehow “part of the system”.

Where, or who are the organisers of this systemic racism?

What are their names? What is the name of their organisation? And what legislation has been passed that “enforces” racism?

These people, organisations and laws do no exist.

Racism is all in the mind

“Systemic racism” is entrenched in some minds, and entrenched there alone.

The Emancipation Proclamation ended slavery in America from 1 January 1863, but it did not end racist attitudes and practices for many people alive at that time.

When the madness that Adolf Hitler inflicted on the world was defeated in 1945, it did not stop others from taking up his manifesto and promoting such attitudes to this day.

Those who still side with Hitler’s manifesto clearly are in a highly confused state, to put it mildly.

But the Black Lives Matter movement seems to want to include a huge percentage of the population as being partly responsible for “systemic racism”.

That doesn’t make any sense. What percentage of people have racist attitudes that they refuse to acknowledge as racist?

What percentage of people are racists?

I would say that the overwhelming majority of people are not racist in any way.

Many may be intolerant of someone at a moment in time because they’ve been aggrieved.

Who wouldn’t be upset and angry if someone stole your property, or killed your child, for example?

But highlighting the heinous crimes and vile treatment of those who have more melanin in their DNA, could be seen to say those people are somehow separate among the peoples of the world, particularly those with less melanin?

But doesn’t that only reinforce the very divide that we all want to see ended?

We have to end the notion that different shades of skin colour somehow put people into different categories, because they don’t.

Racism is unacceptable; utterly unacceptable. But no matter how many laws, education programmes, or protests are held, racism can not be completely eradicated.

Any thinking person feels guilt and shame when a police officer kills an African American.

Every thinking person wants to stand shoulder to shoulder and grieve with those left behind to deal with the grief, the anger and the hopelessness.

If the smartest minds in the world were to sit down and try to reason through this, they must be prepared to consider every possible cause or possible solution, and ask why Hitler, for example, was so racist to Jews.

Hitler wasn’t the first. Why did Joseph Stalin’s regime kill so many thousands? And what about Vladimir Lenin’s murderous ways? Why did Mao Zedong and his henchmen kill so many millions?

Could they not be seen as the very embodiment of systemic racism?

But the very idea that one group of people is superior to another is actually subtly taught in school. That’s not to suggest that children are taught to hate based on perceived differences.

However, they are taught that humans are just another animal and share a common ancestor with an ape, an elephant, an anteater, etc.

Why would anyone feel superior? 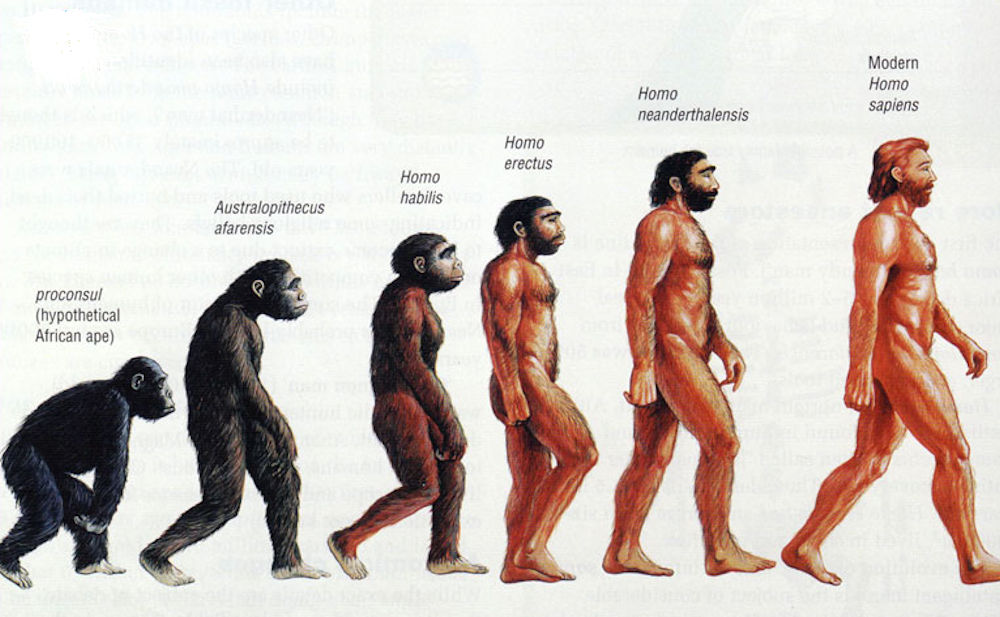 Supposed evolution of humans as presented in at least one textbook. What has been taught about origins has varied over time, but the basic premise remains; that every creature, man or mouse, has a common ancestor.

On that basis, why wouldn’t one group of people try to establish itself superior to another?

Isn’t that what Hitler, Stalin, Lenin and Mao did?

Wasn’t that why a dark-skinned man was put on display in Bronx Zoo in 1906?

You didn’t know about that? It has long been reported and, finally, the zoo has apologised.

Ota Benga was seen by some scientists to be less human, so unless and until the question of human origins is squarely and fairly addressed, working out how to better deal with racism can’t even begin.

There are many voices rightly united against racism, but those gaining prominence have no real answers yet.

It’s way past the time to have serious conversations. And if it doesn’t start with origins, how can we expect to advance one step?

The teachings that stem from the type of scientific understanding of origins that Charles Darwin promoted are at the core of these issues and should be revisited and revised.

Those teachings arguably led to Ota Benga being seen as less than human. Many horrendous actions have been taken in the name of, and justified by, attitudes stemming from Darwinist thinking.

If the world is looking for a possible root cause, look no further…..

I’m open to any discussion, of course.