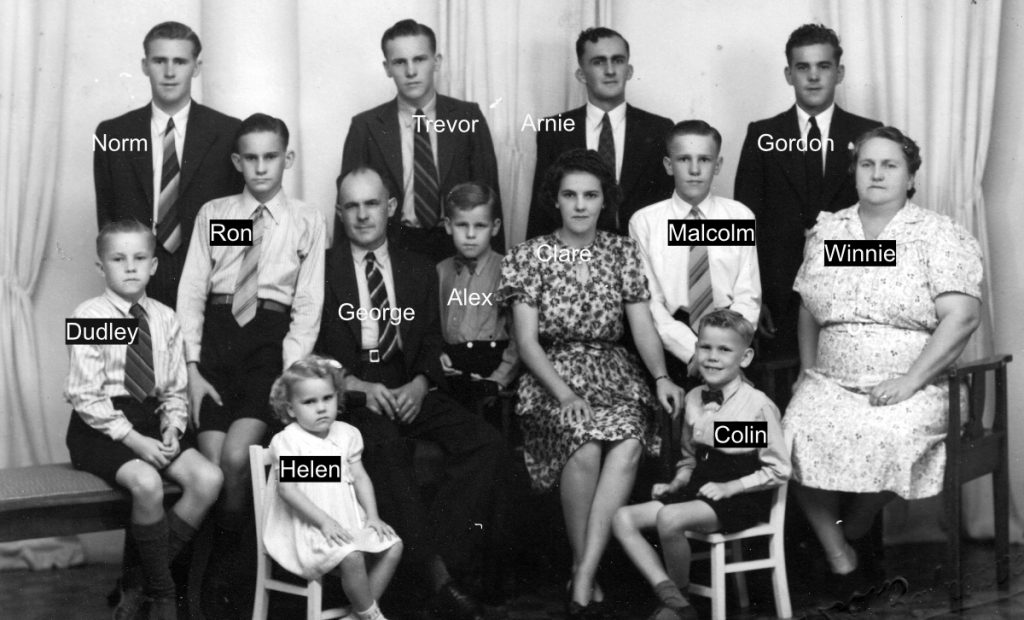 Arnold George Nunn will be remembered by many as a consummate conversationalist; a warm and friendly gentleman who embraced everyone as if a personal friend. 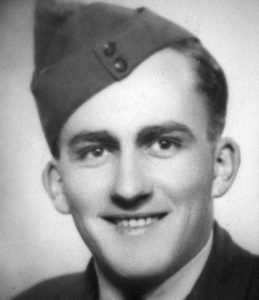 It seems impossible that anyone could dislike him, such was the comfort zone you entered when you were in his presence.

The first born child of George Nunn and Winifred Cooper, Arnold came into the world in Rockhampton, Queensland, on 8 December 1923.

He passed from this life at Clontarf, Queensland, on Sunday, 12 September 2021.

One of his earliest memories was as an eight-year-old when he fell ill with a dental infection that caused him such pain that he became delirious and was left “seeing snakes”.

At this time, the family was living in Longreach where his father, George, was a fireman for Queensland Railways. 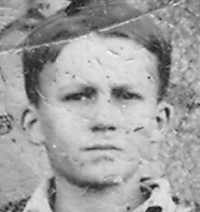 Because of his illness, Arnold was sent back to Rockhampton to stay with grandparents Arthur and Ellen Nunn. He was able to get the medical care he needed and to recuperate.

It was a special time staying with his beloved grandfather who would take him fishing and, for a time, Arnold attended Leichhardt Ward State School in North St.

After George and Winnie returned to Rockhampton, it was back to the family home at 37 Margaret St, Allenstown.

In that little Margaret St home, 11 children were raised and loved into adulthood, but Arnold never felt he had to compete for affection with his eight brothers and two sisters.

By the time he was 12, Arnold took up working at Orchard’s Fruit Supplies before moving on to Rickett’s Bakery at 16.

For almost two years, Arnold became a proficient baker but a trade qualification was denied him, so he chose to move on to something else; this time as a mechanic at Pearce’s Bike Shop.

Then the war years intervened and he joined the Royal Australian Air Force and served as a Leading Aircraftman in New Guinea.

In 2004, the Australians at War Film Archive sat down with Arnie and, in typical fashion, he gave this detailed account of his life and his time in PNG. 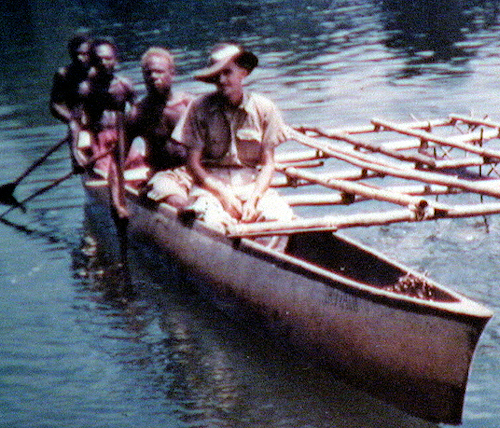 Arnold Nunn during his war service in New Guinea.

He often spoke of the euphoria of coming back from PNG at the end of the war in a DC3 which flew under the Story Bridge in Brisbane.

After being demobbed, Arnold went back to Rockhampton and did an apprenticeship at Mutter’s Joinery Works in Larnach St, a couple of streets from where he grew up.

The business was conducted by Bert Nunn whose full name was Albert Thomas Nunn. His family also originated from East Anglia; near Newmarket and about 20 miles from where Arnold’s great grandfather David Nunn was born. David Nunn emigrated in 1858 to Australia and settled at Dinmore, Ipswich. There is a small possibility of a family connection.

Back to New Guinea

Arnold felt such an affiliation for New Guinea that he headed back north in 1951 with his new bride Daphne and began an association with the government administration fulfilling contracts to provide building materials.

Post-war Rabaul was a fairly basic place and though life was at times tough, Arnold’s business did well and he and Daphne raised children David and Susan there.

As PNG headed towards independence in the 1970s, Arnold’s business went into local hands and he stayed on for five years as manager. In 1967 he and Daphne decided she should take the children back to Australia.

By 1973 they had built the family home at Waratah Drive, Clontarf and Arnold was working at Chesney’s caravan factory at Lawnton. After a stint as a manager at Chesney’s, Arnold then took a job at Ansett Airlines before retiring. 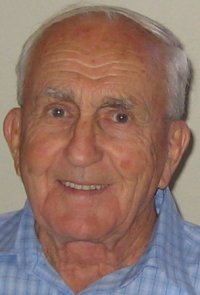 From an early age, Arnold embraced radio technology which extended to being an amateur radio operator and making countless contacts with individuals around the world. His call sign was VK4AX and he is now “silent key” as that community describes those who have left us.

He loved to tinker with electronics and had a long association with the Redcliffe Radio Club.

Arnold learnt to fly during the war years with the help of American troops who even gifted him a training aircraft when the conflict ended.

In the mayhem that followed the end of hostilities in PNG, many aircraft were dumped into the sea and Arnold had the sad task of taxiing Mustangs to the end of the strip before they were dispatched.

He regretted that he did not get the opportunity to fly the warplane at the time but decades later, and for his 90th birthday, his son David gifted him a joy ride in a Mustang that operates from Caboolture.

One of Arnold’s endearing characteristics was the way in which he treated everyone equally; he could (and did) strike up a conversation with anyone, no matter their age or station in life.

You always felt welcomed, respected and special as Arnold took you into his confidence. He appreciated the little things in life and conversations had high priority. When he had your attention you were the most important person in the world. That is a rare quality and honed by many hours on the radio talking to people all over the world, no doubt.

And there is no doubt that those who knew Arnold as more than just a passing acquaintance were greatly enriched by his charismatic character. 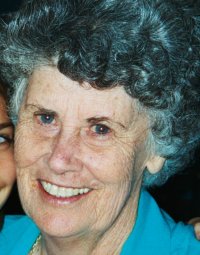 Arnold credited his dearly loved bride Daphne with much of his success. He made no secret of that fact that life without her would not have been anywhere near what it became.

When she was taken from him in 2010, he missed her deeply but still embraced life with such enthusiasm, that only those closest to him would have noticed.

He often remarked how brave and loyal she was to marry him and go to live in Rabaul.

Life for them at Clontarf was good as they watched David and Susan go off and start their own families and, eventually, bring home grandchildren and great grandchildren.

To me, he was Uncle Arnie, my dad’s brother. After I moved to Brisbane in 1986, I got to spend countless hours with Arnie, many of them talking about his growing-up years and the things he and my dad used to be involved in.

An accident in 1975 took my dad from our family, so I could not have wished for a better man than Arnold George Nunn to lean on and spend time with. I’m so grateful that I had so much time with him and it was a privilege for which I’ll always be grateful.